The 2023 AJAS Annual Conference will be in Washington DC, March 1st to 5th, 2023. Importantly, our 2023 NAAS/AJAS Annual Meeting will be a hybrid event, with both in-person and concurrent virtual options available for the student delegates, chaperones, and other adults. Registration will start in early December 2022. Both registration and abstract submission must be completed by 15 January 2023. For all student delegates, certain events will start online in mid-January 2023. The AJAS is one meeting and one group; virtual attendees will have continual opportunities to interact at the live events and with the in-person attendees. As in past years, our meeting will be in conjunction with the AAAS Annual Meeting being held concurrently at the Washington Convention Center in Washington, DC.

Schedule
The complete event schedule will cover a period of about seven weeks. The AJAS Annual Meeting events will start—online for all student delegates—about 15 January 2023. Everybody will have the opportunity to attend several recommended preliminary virtual sessions, as well as complete and present their posters, prior to the start of the in-person meeting. The in-person events will start with registration and check-in at the Marriott Crystal Gateway Hotel, Crystal City, Virginia, from 2:00 pm to 5:00 pm ET on Wednesday, 1 March 2023. Interactive livestreaming for the virtual attendees will also start late afternoon on that same day. The formal in-person events (and the interactive livestreaming) will end late on the evening of Saturday, 4 March 2023. In-person participants should plan to depart Washington, DC, on or after the morning of Sunday, 5 March 2023. This is four nights in the hotel.  Reagan National Airport, DCA, is close (one metro stop) to our hotel.

Events
Whether attending in-person or virtually, the general sessions of the annual meeting will resemble our meetings of the past. There will be an online research roundtable, an online meet the scientists event, an opening ceremony with a keynote speaker, multiple lab tours, a breakfast with scientists, opportunities for attendance at all three AAAS plenaries and many AAAS events, and a closing banquet with a keynote speaker. There will also—of course—be time set aside for touring the city and socializing.

In-person Housing and Transportation
AJAS is contracting for a block of 60 luxury hotel rooms at the Marriott Crystal Gateway Hotel In Crystal City, Virginia, at a cost of $169 per night per room (with two beds in each room, costs would be about $85 per-night per-student). To further reduce costs we will be using Washington’s extensive Metro Rail System for transportation. We are arranging everything to have immediate access to a local Washington, DC, Metro Rail station. We will always travel in large, organized, groups and unlimited Metro passes will be provided.

Chaperones
Every virtual and in-person student under 18 MUST have an adult registered for the AJAS Conference who will serve as that student’s official chaperone. Adults can chaperone more than one student. Official chaperones are responsible for the safety, welfare, and conduct of their students during the events of the conference.

Top high school researchers from across the nation meet at MIT

On Feb. 17, MIT hosted some of the nation‘s most talented high school student researchers for a Breakfast with Scientists at the American Junior Academy of Science (AJAS) conference, held in conjunction with the 2017 annual meeting of the American Association for the Advancement of Science in Boston.

The breakfast was a unique opportunity for students to receive advice and encouragement from scientists working at the top of their fields, among them Nobel Prize laureates such as Phillip Sharp and Bob Horvitz, both professors in the MIT Department of Biology. In total, 14 MIT faculty members attended, along with distinguished faculty from other universities, pharmaceutical and biotechnology leaders and inventors, and the editor-in-chief of Sciencemagazine, Jeremy Berg. Discussions ranged in topic from what it means to be a scientist today to career paths to fundamental research.

Speaking with someone who is passionate about something you are doing and are in awe of what you have done is an eye-opening and amazing experience, said Chase Bishop, a delegate from North Carolina. The tour of MIT was also very cool. I got to see things that I have seen on science shows, but I was right next to the people who had done it. I‘ll definitely be sending my application there.

Although many of the students conducted their research at home without access to state-of-the-art tools and techniques found in laboratories, their understanding of the scientific method and its applications is sophisticated.

I sat next to an eighth-grader from Massachusetts who blew my socks off in his efforts to recycle trash into something useful, said Joanne Stubbe, a National Science Medalist and Novartis Professor Emerita in the MIT Department of Chemistry. He was amazingly articulate, clearly loved science, and understood its translational importance.

Sponsored by the School of Science, the School of Engineering, and the School of Architecture and Planning, the event is part of a long tradition at MIT of supporting promising young researchers early on.

"They are a remarkable group of young people, with great energy, insights, and varied interests, said Ian A. Waitz, dean of engineering at MIT. "With so many challenges in the world and so much to be discovered, it is inspiring to know that many of them will be future leaders in science and technology.

A big thank you to everyone who participated in AJAS 2016 in Washington D.C.! 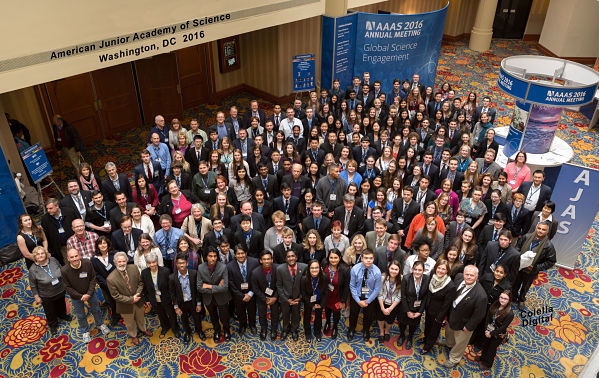 Some of those students had an opportunity to experience science at Stanford during a visit to the SLAC National Accelerator Laboratory and to the main campus.

The 36 students who participated in the Stanford tour were fellows in the American Junior Academy of Science (AJAS), a national honor society for students who have completed exemplary scientific research projects while attending high school. Each affiliated (city, state, or regional) Academy of Science nominates their top high school science researchers, and these students, along with their teachers, are invited to the AJAS annual conference, held during the AAAS annual meeting. 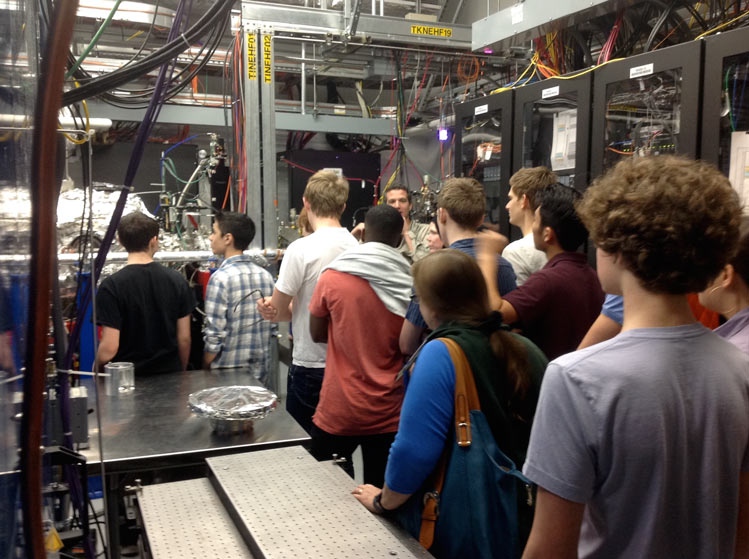 The students, who were accompanied by teachers, parents and other officials, began their day at SLAC, a U.S. Department of Energy Office of Science facility operated by Stanford.

JOSH TURNER, a scientist at Linac Coherhent Light Source (LCLS), presented a day in the life at an x-ray laser. The students also toured the LCLS‘s experimental halls and visited the klystron gallery  – looking down the two-mile accelerator.

The students and accompanying chaperones were able to see science in action as researchers prepared experiments, visiting stations set for recreating extreme states of matter (like those at the heart of Jupiter) and for studying the atomic structures of complex and critical proteins like those active in photosynthesis, said MELINDA LEE, who manages community relations for the SLAC Office of Communication. ’Cool‘ and ’Awesome‘ were most frequently used descriptors, Lee added.

Following the SLAC visit, the group visited the main campus and spent time in the Chemistry Department. They were blown away by the science and captivated by the beauty of the campus.

HENRY MAGUN, a Stanford freshman and former AJAS fellow, helped with planning the visit and checked in with the students while they were on campus. 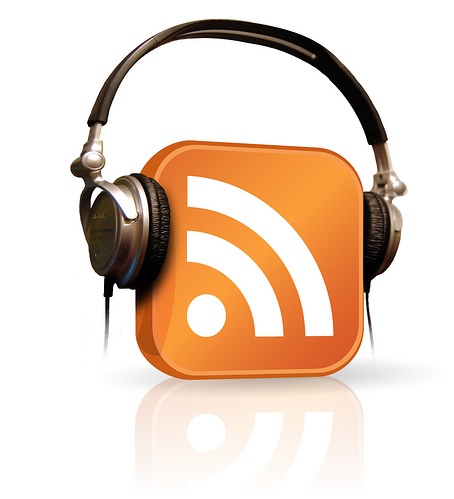 From  MIT news
The Institution provides day‘s worth of activities for more than 200 conference attendees.
Department of Biology
MIT hosted a full day of activities on Feb. 14 for 232 American Junior Academy of Science delegates — high school students, parents and teachers from across the nation — who were in Boston to attend the academy‘s annual conference.

The day started with a well-received lecture on brain plasticity by Mriganka Sur, the Paul E. Newton Professor of Neuroscience at MIT. It was absolutely fantastic to be given the opportunity to listen to a prominent professor talk about his work, said Kanithra Sekaran, a high school student from Ohio who is now contemplating a career in neuroscience.

After the talk, the students visited research labs and met with MIT scientists, had lunch with graduate students at the Faculty Club, toured the campus and ended the day with a free visit to the MIT Museum. In total, 17 labs and more than 30 MIT scientists took part in the event.

Mandana Sassanfar, director of science outreach for the Biology and Brain and Cognitive Sciences departments, organized the day for the delegates. "Seeing such excitement and interest from these talented high schoolers is a wonderful reminder of how important it is for scientists to inspire and encourage young students to pursue a career in science and technology, said Sassanfar, who is president of the National Association of Academies of Science, an affiliate of the American Association for the Advancement of Science (AAAS).

MIT Institute Professor Phillip Sharp, who is the new president of AAAS, praised the AJAS delegates during their visit. "The American Junior Academy of Science recognizes the remarkable achievements of young scientists in independent research," he said. Their projects have been selected from across the nation as the most outstanding and we congratulate them.

The high school students had positive things to say about MIT, as well.

The best part about our tour day at MIT was seeing real scientists working in their labs on cutting edge research, said Hale Miller of Ohio.

They [the scientists] were so excited about their work, and so wiling to share everything they knew, added Michelle Nemetchek, one of two students from Montana.

Some students reveled in the behind-the-scenes lab visits. I‘ve seen some images of fiber construction on TV shows, but being able to see first hand the process behind designing and developing these fibers was a very cool experience, Jonathan Flynn, a senior from Braintree High School, said after visiting the Fink lab in the Research Laboratory of Electronics.

In that lab, postdoc Xiaoting Jia explained the making of microfibers for superconductors and demonstrated how preformed fibers were extended in the drawing tower located in the basement of Building 13. It was very exciting for me to see so much curiosity from these high school students, Jia said. I really enjoyed the experience.

In fact, the Media Lab was a popular destination for a few others in the tour group, as well. The Media Lab was amazing, said Grace Griggs, a sophomore from Vermont. It was like a scientist‘s playground of crazy, creative inventions.

Meeting the creators of objects used in our everyday lives was quite inspirational, added Hayden Allen, a senior from Oklahoma.

MIT students and staffers who exhibited their work for the tour said the students were certainly an inquisitive bunch. They were very engaged and very interested to hear what kind of problems we were working on, said Michael Funk, a fourth-year chemistry graduate student who works in the Drennan Research and Education Laboratory.

The event was co-sponsored by the schools of Science, Engineering, and Architecture and Planning, as well as the Biology and Brain and Cognitive Sciences departments.